"It is difficult to determine exactly who discovered electricity. Many  misconceptions abound, especially the belief that Benjamin Franklin is the father of electricity or some such nonsense. My apologies to the Americans who are having heart attacks right now. The truth about the discovery of electricity  is a bit more complex than a man flying his kite. The Franklin experiment helped  establish the connection between lightening and electricity, nothing more."- http://www.universetoday.com/82402/who-discovered-electricity/#ixzz2I0nwkXCB

"Did Edison invent the light bulb, Marconi  the radio, Bell the telephone, Morse the telegraph? The answers  are no. They didn't invent the wheel. They were instrumental in making it  better and, in some cases, obtaining the patent. Electrical history goes  back before Christ and brings us to the computer age." - http://www.code-electrical.com/historyofelectricity.html

"The history of electricity goes back more than two thousand years. The Ancient Greeks discovered that rubbing fur on amber caused an attraction between the two. By the 17th century, many electricity-related discoveries had been made, such as the invention of an early electrostatic generator, the differentiation between positive and negative currents, and the classification of materials as conductors or insulators. In the year 1600, English physician William Gilbert conned the term electric, from the Greek elektron, to identify the force  that certain substances exert when rubbed against each other. Fairly recently,  researchers and archeologists have
discovered pots that they believe may have  been ancient batteries meant to produce light at ancient Roman sites."- http://www.universetoday.com/82402/who-discovered-electricity/#ixzz2HumxB1SV 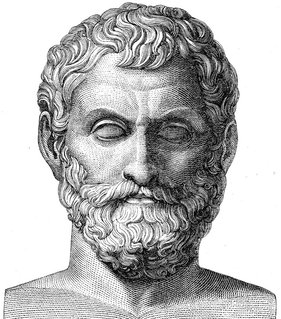 Thales of Miletus was the first person ever in recorded history to discover in the palm of the human hand.

1752
By tying a key onto a kite string during a storm, Ben Franklin , proved that
static electricity and lightning were the same. His correct understanding of the
nature of electricity paved the way for the future.

1800
First electric battery invented by Alessandro Volta. The “volt” is named in his
honor.

1808
Humphry Davy invented the first effective “arc lamp.” The arc lamp was a piece
of carbon that glowed when attached to a battery by
wires.

1821
The first electric motor was invented by Michael
Faraday.

1831
Using his invention the induction ring, Michael Faraday proved that electricity
can be induced (made) by changes in an electromagnetic field. Faraday’s
experiments about how electric current works, led to the understanding of
electrical transformers and motors. Joseph Henry separately discovered the principle of electromagnetic induction but
didn’t publish his work. He also described an electric motor.

1832
Using Faraday’s principles, Hippolyte Pixii built the first “dynamo,” an
electric generator capable of delivering power for industry. Pixxi’s dynamo used
a crank to rotate a magnet around a a piece of iron wrapped with wire. Because
this devise used a coil of wire, it produced spikes of electric current followed
by no current.

1837
Thomas Davenport invented the electric motor, an invention that is used in most
electrical appliances today.

1841
James Prescott Joule showed that energy is conserved in electrical circuits
involving current flow, thermal heating, and chemical transformations. A unit of
thermal energy, the Joule, was named after
him.

1844
Samuel Morse invented the electric telegraph, a machine that could send messages
long distances across wire.

1876
Charles Brush invented the “open coil” dynamo (or generator) that could produce
a study current of electricity.

1878
Joseph Swan, and Englishman, invented the first incandescent lightbulb (also
called an“electric lamp”). His lightbulb burned out
quickly.
Charles Brush developed an arc lamp that could be powered by a generator.
Thomas Edison founded the Edison Electric Light Co. (US), in New York City. He bought a
number of patents related to electric lighting and began experiments to develop  a practical, long-lasting light bulb.

1881
The electric streetcar was invented by E.W. v.  Siemens.

1882
Thomas Edison opened th Pearl Street Power Station in New York City. The Pearl
Street Station was one of the world’s first central electric power plants and
could power 5,000 lights. The Pearl Street Station was a direct current (DC)
power system, unlike the power systems that we use today which use alternating
current (AC). The first hydroelectric station opened in Wisconsin. Edward
Johnson first put electric lights on a Christmas tree.

1883
Nikola Tesla invented the “Tesla coil”, a transformer that changes electricity
from low voltage to high voltage making it easier to transport over long
distances. The transformer was an important part of Tesla’s alternating current
(AC) system, still used to deliver electricity
today.

1888
Nikola Tesla demonstrated the first “polyphase” alternating current (AC)
electrical system. His AC system including everything needed for electricity
production and use: generator, transformers, transmission system, motor (used in
appliances) and lights. George Westinghouse, the head of Westinghouse Electric
Company, bought the patent rights to the AC system.
The first use of a large windmill to generate electricity was built by inventor
Charles Brush. He used the windmill to charge batteries in the cellar of his
home in Cleveland, Ohio.

1896
An AC powerline that transmits power 20 miles from Niagra Falls to Buffalo, New
York was opened.

1901
First power line between USA and Canada at Niagra Falls.

1957
Shippingport Reactor in Pennsylvania was the first nuclear power plant to provide electricity to customers in the U.S.