There can be some great confusion as to whom discovered electricity. It was known for thousands of years, but when it came time to develop it commercially and scientifically, there were several great minds working on the problem around the same time. 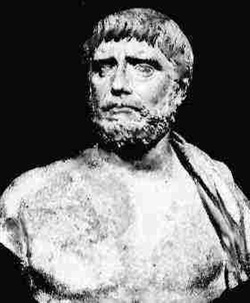 "Thales of Miletus was one of the first Greek thinkers, who started to considerate world’s microstructure. Thales was the first to notice static electricity around 600 BC. In 600  B.C. Thales of Miletus writes about amber becoming charged by rubbing –  he was describing what we now call static electricity. Around 600 BCE, in Greece, a mathematician named Thales discovered that amber rubbed with animal fur attracted light objects. Even though other  people may have noticed this before, Thales was the first to record his  findings. We don’t have his writings, but from other people’s reports of  his work we can guess at his experiments. We think that Thales noticed  static electricity from polishing amber with a piece of wool or fur.  After rubbing the amber, which created a static electric charge, other  light objects such as straw or feathers stuck to the amber. At this  time, magnetism was also confused with static electricity." -http://www.smashinglists.com/10-first-electricity-milestones/ 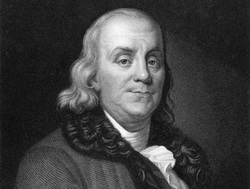 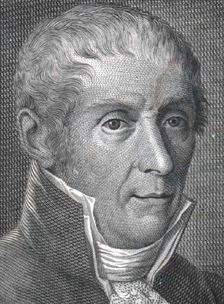 "Alessandro Volta was the Italian scientist who in 1800 made the first electric cell.  He did so through soaking paper in salt water and then putting copper and zinc at either end of the paper. The ensuing chemical reaction generated an electric current that Volta recognized and built upon. He put a number of these cells together and was able to make the first battery." - http://www.operationbrotherskeeper.org/5-most-famous-contributors-to-electricity-in-history.htm 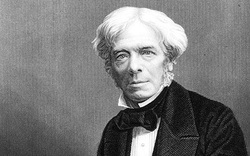 "Michael Faraday managed to produce electricity using a different method, a method that would change the world forever. He generated electricity using a magnet and copper wire. He discovered that as he passed the magnet through the copper wire electricity was created. His was a monumental discovery because it eventually led to the very same technology of magnets used in conjunction with copper wires to be used in power plants. This is how most of the electricity used today is produced." -
http://www.operationbrotherskeeper.org/5-most-famous-contributors-to-electricity-in-history.htm 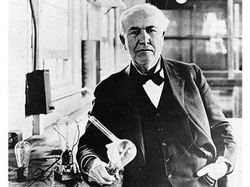 "Thomas Edison may be well known for the light bulb, which was certainly an important usage of electricity, but he is less known for his contributions to helping get electricity out to peoples’ homes.  After all, once he had the lights he had to help people to power these lights somehow. He created the first power plant.  Its power reached about one square mile around the power plant using direct current and it could light about 5,000 lamps within this area." -http://www.operationbrotherskeeper.org/5-most-famous-contributors-to-electricity-in-history.htm 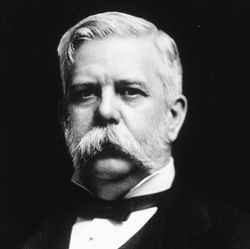 "George Westinghouse took the power plant idea a step farther and created the first major facility of its kind.It was located at Niagara Falls and utilized alternating current.  Because of this, it was able to send energy much farther than Edison’s power plant. In fact, it was able to send the electricity it produced over 200 miles away." -
http://www.magnet.fsu.edu/education/tutorials/pioneers/ 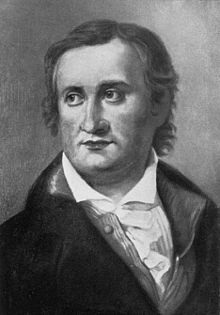 "A German physicist was the discoverer of the  "Seebeck effect". He twisted two wires made of different metals and  heated a junction where the two wires met. He produced a small current. The  current is the result of a flow of heat from the hot to the cold junction. This  is called thermoelectricity. Thermo is a Greek word meaning heat." -
http://www.code-electrical.com/historyofelectricity.html